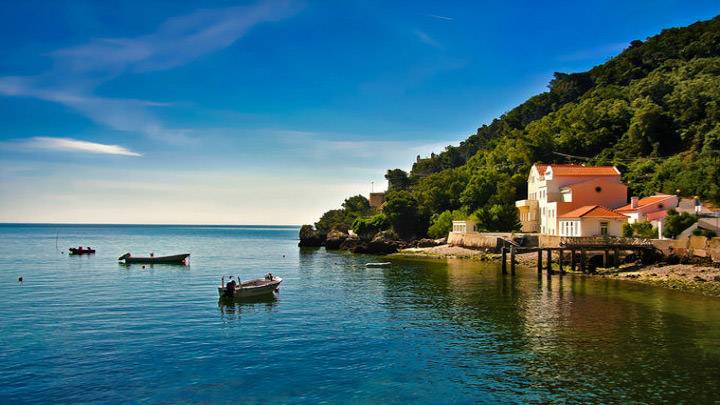 Lisbon, Portugal’s bright capital, spreads along the north bank of the River Tagus, which meets the ocean here.

One of the few European capitals with both a river and a coastline, Lisbon has Praça do Comércio square as its main meeting area. The city has always been ready to welcome new visitors and to bid a fond farewell to those departing, something that was never more true than when saying goodbye to sailors at the time of the great Portuguese maritime discoveries.

This is why there are many important Manueline monuments shining in the light of Lisbon and its surrounding region, such as the Torre de Belém and the Mosteiro dos Jerónimos. The modern leisure area of the Parque das Nações proves that Lisbon still maintains its close links with the river today. Here, for example, you will find the distinctive mark of Álvaro Siza Vieira on one of the buildings that hosted the last world exposition of the 20th century, dedicated to the theme of the oceans. In contrast to this, do not miss the picturesque mediaeval quarters of Alfama and Mouraria, above which stands the castle. This castle, matched by Bairro Alto on the other hill, leads down to the downtown city centre known as the Baixa pombalina.

Lisbon is also at the centre of a region rich in diversity.

Just outside the city are the seaside resort of Estoril and the romantic hills of the Serra de Sintra, where the perfect bond between palaces and nature led to the area being classified as a world heritage site. It is the sea, the climate and the stunning nature that give this region its peculiar energy. Its many parks and nature reserves encourage visitors to spend time in the open air, enjoying the peace and quiet of a round of golf or the adrenaline buzz of surfing. Perhaps this is why Lisbon is a city that is full of life. Here people have an exuberant party spirit, doing things spontaneously for the sheer pleasure of spending time in the company of others.

To end your day you could experience the traditional and relaxed atmosphere of a Fado House. Or, if you’ve still got enough energy left, pop into the various discos along the banks of the river and dance until the early hours. In fact why not stay up until dawn and take in the day-break on the banks of the River Tagus, before enjoying a well-earned sleep?

Know the best places to stay on the Region of Lisboa e Vale do Tejo: